The last edition of the swim between Formentera and Ibiza was realized On May 21, 2016. In this voyage there were disputed three distances of competitive character: 30 Km, 5 Km and 750 m. 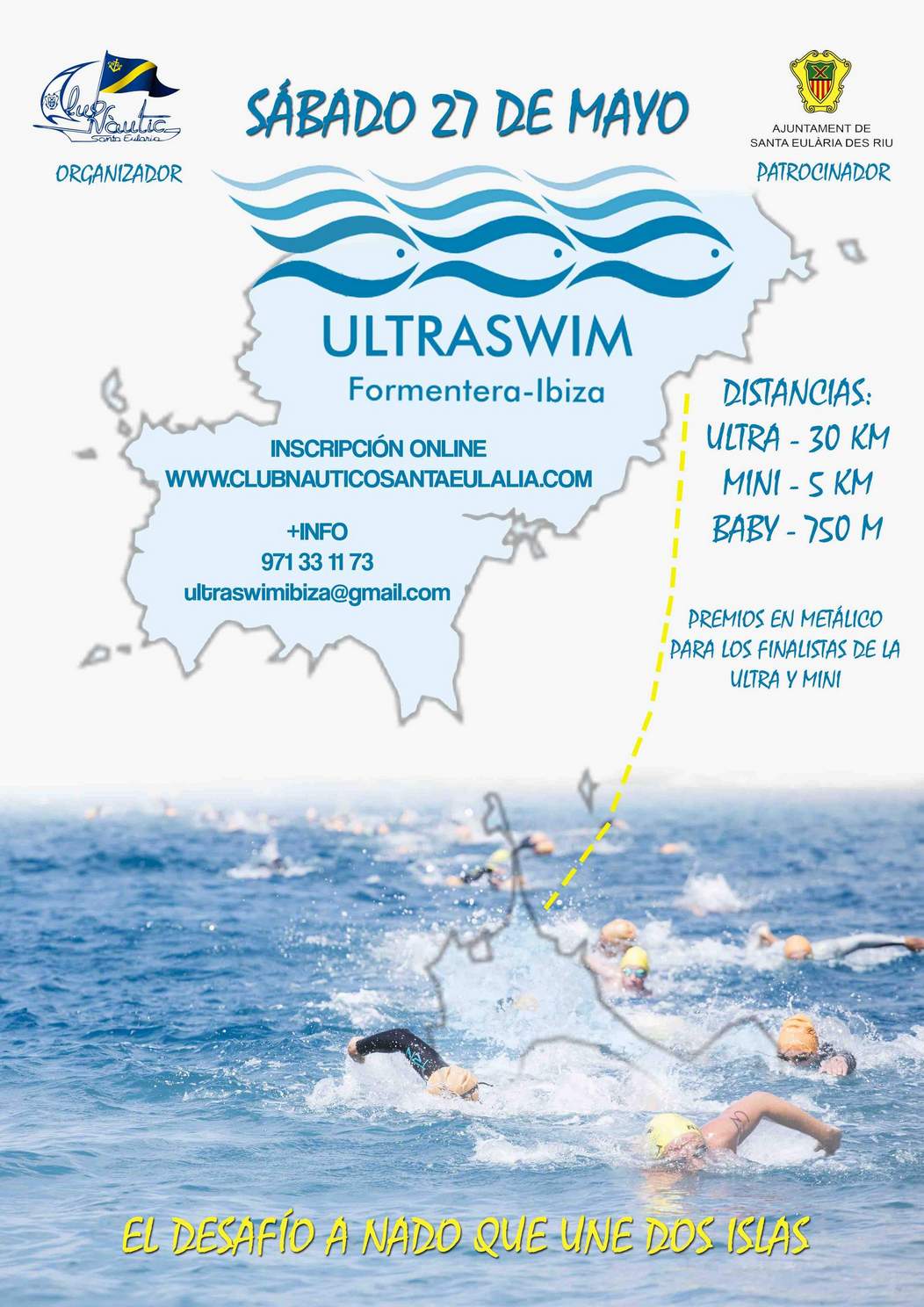 The great open water swimming, it is the one that crosses a distance of 30 km joining the localities of Es Pujols and Santa Eulalia. This one is from the tests to swim harder of Balearics, in the one that puts to the limit on the swimming resistance  in opened waters, the record of this voyage it has Daniel Ponce with 6 hours and 33 minutes.

The test is of competitive character from the point of exit up to the goal. For it an average pace has been established of swimming of 3 km/h, in that the swimmers will have to cross three points of control placed in the km 6, 15 and 24 of the voyage, where quite swimmer that one that doesn´t overcome the above mentioned points in 2, 5 and 8 hours and 20 minutes respectively will be discredited.

In the second swim, the distance is 5 km, which there joins the beach of Cala Llonga and the beach of Santa Eulalia. There is foreseen that this swim is more multitudinous since there are many swimmers in and outside the island that they can choose her. This year the swim of 5 km formed a part of the II Copa de España de Aguas Abiertas.

A total of 68 swimmers took part in the swim of 5 km, swim that in this edition became specially difficult due to the jellyfish stings and the surge. The victor was the Majorcan Hugo Tárraga with a time of 51 minutes and 51 second, the second Albert Ribas with 52 minutes and 6 second and third party Eleazar Rescalvo con52 minutes and 31 seconds.

Finally there was realized the popular voyage of 750 m along the beach of Santa Eulalia in which there took part approximately 50 swimmers of all the ages.

We leave you the links of the classifications of the edition IV: ULTRASWIM  MINI-ULTRASWIM  BABY-ULTRASWIM